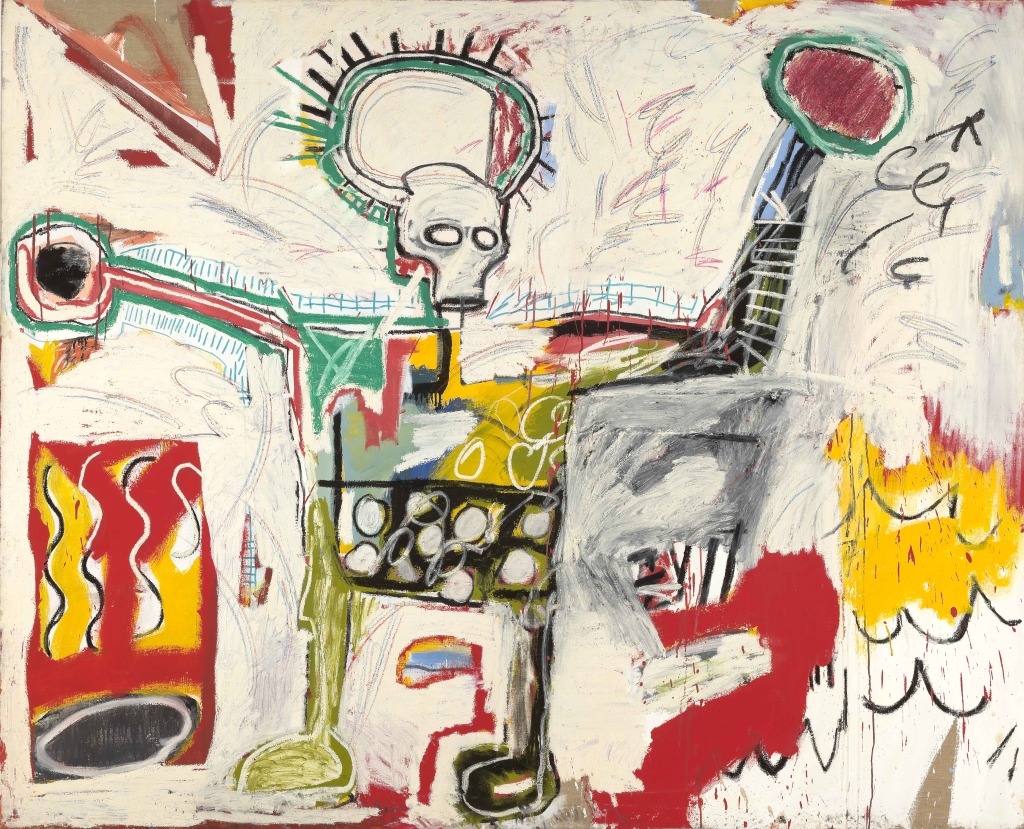 “The black person is the protagonist in most of my paintings. I realized that I didn’t see many paintings with black people in them”.

I don’t profess to know much if anything about art. But I’ll tell you something. Jean-Michel Basquiat’s work is the truth.

It was my first time at the Art Gallery of Ontario (AGO). I was excited as I haven’t been to a museum in years and this one was especially special.  My friend and I decided to forgo the tour of the great halls and the rest of the exhibit because Basquiat was whom we really came to see. It was a pretty crowded exhibit to the point that I had to constantly look around to see if my friend was still standing next to me.

I honestly didn’t expect to be moved in the way that I was and certainly am now, to the point of actually writing about it. I found myself in between watching Game of Thrones and responding to texts, typing stuff about the exhibit. I felt unsettled, my brain going at a hundred miles per minute, which usually means I should write.

I was flooded with a wave of emotions as I walked from room to room and could hear the echo of Dr King’s voice in a room not too far away:

Now is the time to lift our nation from the quicksands of racial injustice to the solid rock of brotherhood”.

I felt a tight knot in the pit of my stomach, and then a rush of anxiety. The same knot and anxiety I felt when I watched Selma, the video of Eric Garner’s murder, the video of Walter Scott’s and when Ta’Nehisi Coates recounted the death of his friend Prince Jones. This time I resisted the urge to cry.  I looked around. I took a deep breath and moved on to the next painting.  It had this quote by Sizzla:

“They can’t keep a good man down
Always keep a smile when they want me to frown
Keep the vibes and they stood my grounds
They will never ever take my crown”.

As I moved gradually from painting to painting I had an eerie feeling knowing that this wasnt just art that mattered then. That this was real.  These issues of economic and systemic discrimination, of unwarranted harrassement and police brutality, of media scrutiny and bias, its all real. The frustration, the anger, the uprisings, the angst. We are hemorrhaging. This shit matters.

Basquiat’s message was simple, but powerful: BLACK LIVES MATTER. They mattered then and they matter now.

I wanted to capture most of, if not all of the quotes but I didnt want to risk being embarrassed by being told to put away my phone or worse, be escorted out. I also didnt think I’d be writing about this, but here I am. This is what happens when the personal is political. Never have I seen “write what you know”, in Basquiat’s case, ‘draw what you know’, illustrated quite so unapologetically.  Basquiat didn’t mince his words or drawings.

Here are a few of the works that stuck out:

The death of Michael Stewart. Stewart was a graffiti artist that was beaten to death by policemen in NYC in 1983. Sound familiar? 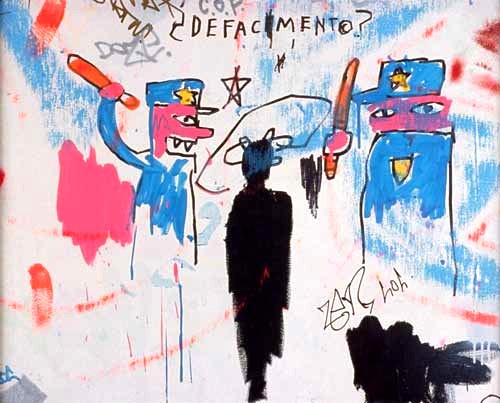 The irony of the negro policeman 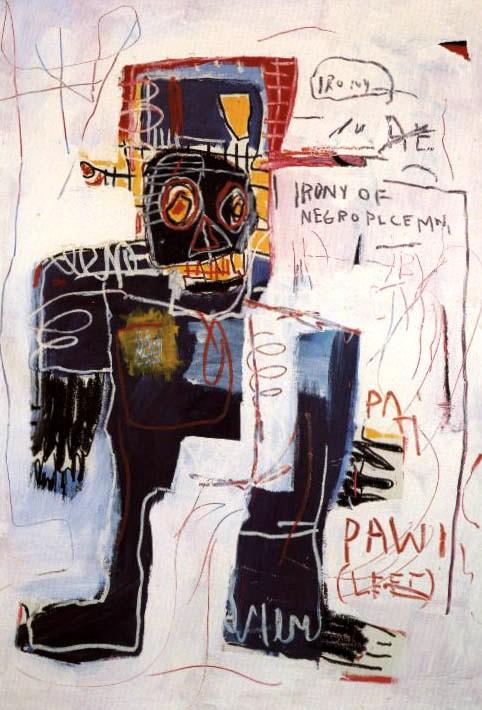 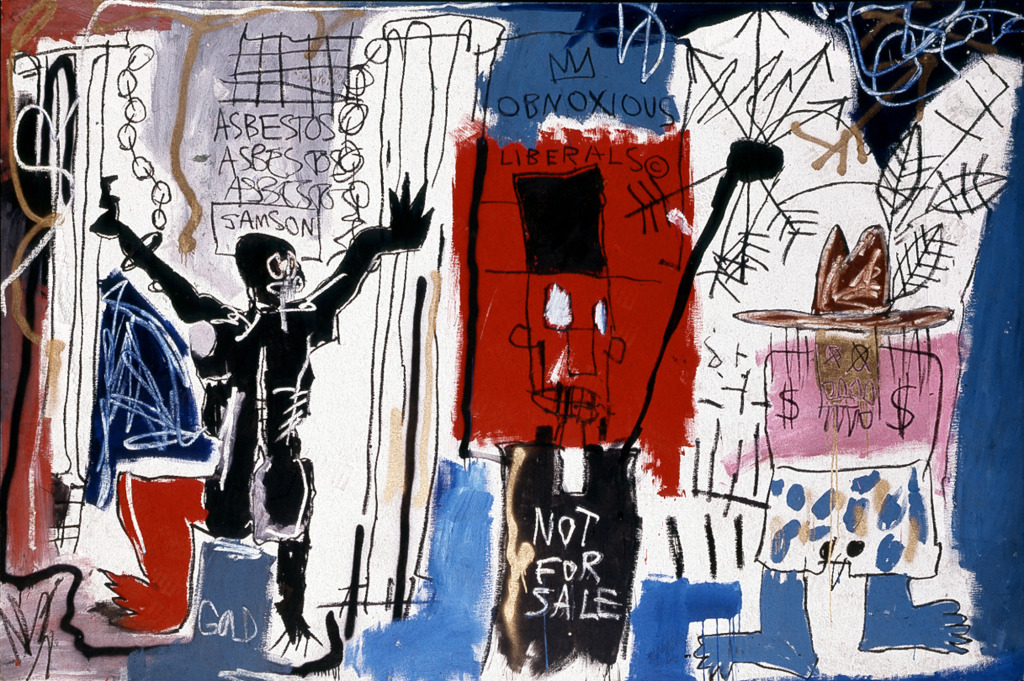 From Ferguson to New York, to Baltimore to Toronto to Nigeria to Kenya to South Africa: Black.Lives.Matter.

Do yourself a favour if you haven’t seen this exhibit and run and see it. Closing date is May 10!

Special Thanks to the Black Experience Project for giving me the chance to see this exhibit.