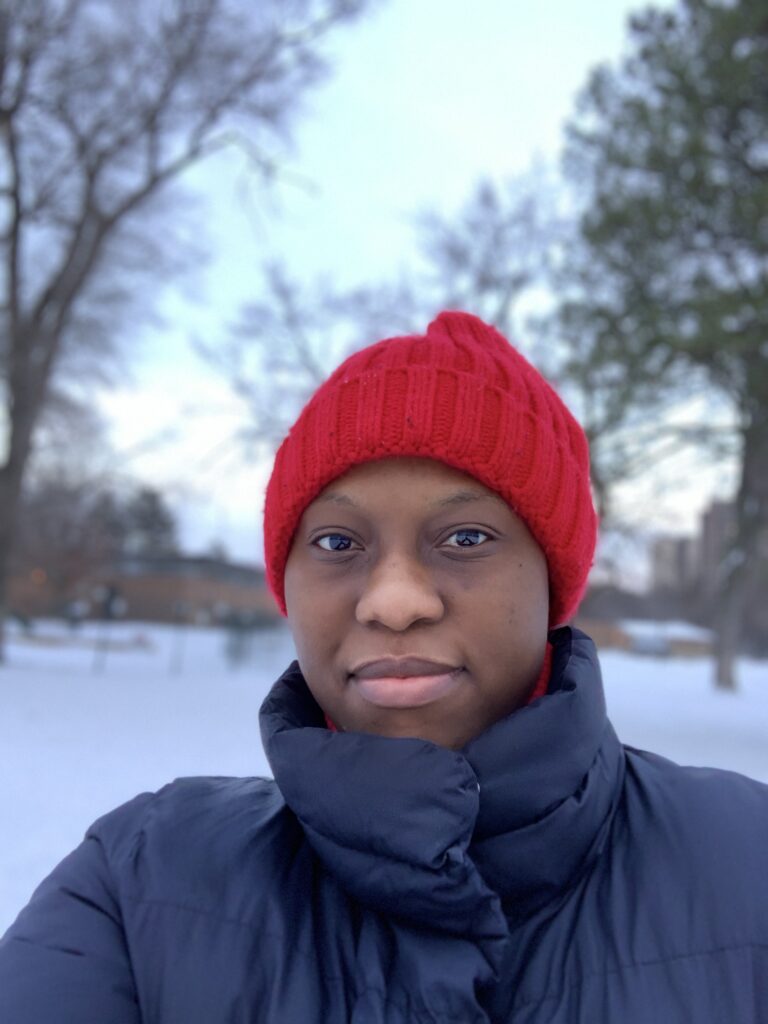 I can see the weight of this year reflected in this picture of me-the weight of injustice, anxiety, pandemic fatigue and loss.

At the end of 2019, like lots of other people, I’d quietly declared (and hoped) 2020 would be my year. I started a ‘Jar of Blessings/Success’ hoping to fill it with wins. And though I certainly had moments of joy, pride and even celebration, like everyone else, I could not have predicted what this year would be like. I made it a point each month to include that I’d survived each month. Literally.

There is no doubt that 2020 has been a dumpster fire and complete *bleep bleep* of a year.

The brutality of George Floyd’s death and the racial uprising coupled with working frontline during the pandemic, virtual homeschooling my 8yr old and living in constant fear of contracting the virus, brought me to a breaking point. I started meditating more frequently to try and find my balance and my breath because I felt like I was sinking. I also used my writing as an outlet and published an essay that I managed to finish despite the tornado I was in.

Just when I thought I was finding ground, the wind was knocked out of me by my dear friend Christopher’s sudden and unexpected passing due to Covid. His death literally brought me to my knees and the grief is something I’m still struggling with.

I read the following at his vigil:
Christopher. It feels incredibly unfair, wrong even, to be talking about you when you’re not here. To talk about you in past tense.

I enjoyed calling Christopher by his full name after we became friends, because he always lit up a little when I did. I interviewed him for a student placement position and after the interview ended, my then Manager and I looked at eachother and both agreed we liked him, and knew he’d fit in well with our team. Supervising Christopher was easy. He just blended so well and most of the time clients assumed he was already a member of our staff. I knew he was an asset to our team and strongly recommended him to get hired as a part of our relief pool. He eventually secured a part-time permanent position at one of our sister sites while I was on mat leave.

Our relationship naturally evolved into a friendship even after he finished his placement.

Christopher was kind and self less. He was patient and a good listener. He was sweet, sarcastic, stubborn at times, but hugely self aware. We often talked about self awareness.

Christopher helped me with my application to Ryerson and escorted me to my first class because I was nervous and unfamiliar with the campus. He took the time to listen to my thoughts and ideas and was kind enough to read over some of my papers, always being super honest and challenging me to use a critical eye when necessary.

Christopher was aware of his privilege and his social location. He was fiercely passionate about social justice and wasn’t afraid to discuss topics that most people shy away from. He was one of my first white friends to message me to see how I was doing when George Floyd was murdered. He often shared how frustrated he was with the injustices in the world and how people who followed him on social media would unfriend him because his posts were politically charged. But he carried on anyway because he believed it was necessary.

Christopher was a hero. He probably would hate me saying that. When we were commuting together one day a man who appeared to be mentally unwell cornered a girl on the subway and Christopher stood up and walked towards him so the girl could get away. The man began following him all the way back to his seat and started yelling in his face. Christopher shielded me and I took the chance to make eye contact with another person and gestured for them to press the emergency assistance button. The whole time he remained calm only complaining about the man’s saliva getting on him. I am so grateful he was there that day.

I am so grateful for all the days I spent with him. I will miss him correcting people and insisting they pronounce my name properly. I will miss our banter and inside jokes. I will miss his kind eyes, cool glasses and his shy smile. I will miss his support and presence in this world. I will strive to be as passionate as he was about those that are oppressed and overlooked, I owe him that.

There is no word to sum up the end of 2020 other than complete and utter GRATITUDE. To be alive. To have breath. To have health. To feel and be loved. To experience joy even in heartache and loss.