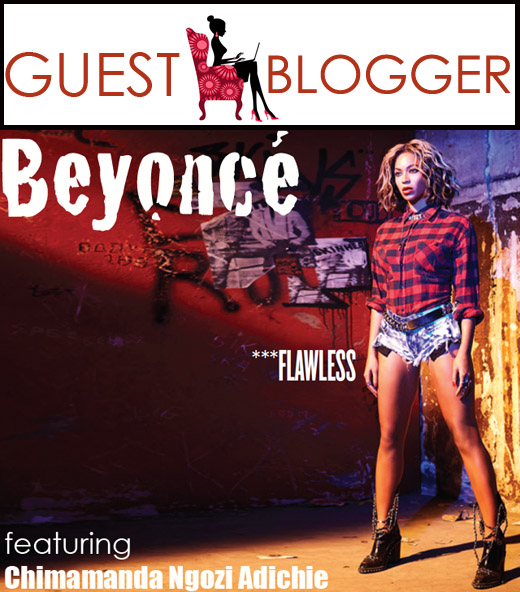 I know that Chanda is a HUGE fan of the highly respected Nigerian Writer & Author Chimamanda Ngozi Adichie and she could write articles upon articles about how much she loves her.

If I could describe Chimamanda Ngozi Adichie in one word, it would be poise. I see her and hear her talk and want to say like Andre 3000 “Behold…. a lady”.

She’s the girl you invite to your company’s end of year party so you can show off that she’s your best friend knowing full well your co-worker’s so-called best friends couldn’t hold a candle to her.

At the end of year party, you’ll  make sure you stick to her 500% of the evening because you don’t want those co-workers getting too familiar and acting crazy & thinking just because you introduced them, they also have sooooo much in common with her now & she’s their best friend too. 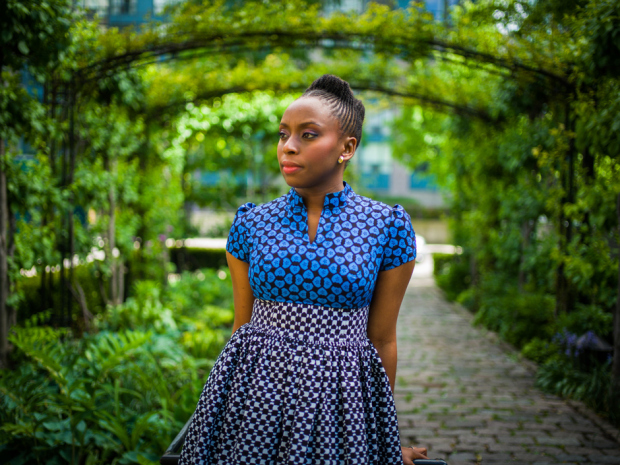 She grew up in the same house Chinua Achebe, the God Father of African literature, once lived.

She has won several awards including the MacArthur Fellowship, The Orange Broadband Prize, The Baileys Women’s Prize for Fiction, The Beyond Margins Award and The Anisfield-Wolf Book Award.

Well, I’m sure the whole world has now realised that Beyoncé released her entire album last night including videos for each and every song on the album.

If you had trouble getting it, it’s because itunes CRASHED due to the unprecedented pressure of the whole world trying to get their hands on it.

Balance is supposed to have been restored so you can try to get it.

The album can be purchased on itunes in its entirety for $15.99.

On the song **Flawless, Beyoncé features Chimamanda Ngozi Adichie and it takes an excerpt of her famous TED talks video “We should all be Feminists”.

**Flawless starts off with that heavy Houston sound with Queen Bey brandishing her alter-ego Sasha Fierce speaking to the haters and telling them that just because she’s married now doesn’t mean she’s not going to take care of her business and most importantly to all the haters, “Bow Down Bitches!”.

The lyrics & tempo on the second verse then switches up the style with Chimamanda Ngozi Adichie being the Yang to Sasha Fierce’s Ying and spewing some knowledge saying:

We teach girls to shrink themselves

to make themselves smaller

we say to girls

you can have ambition

but not too much

you should aim to be successful

but not too successful

otherwise you will threaten the man

Because i am female

i am expected to aspire to marriage

but why do we teach to aspire to marriage and we don’t teach boys the same?

Watch the TED Talks Video from which the spoken word lyrics are derived from.

Chimamanda Ngozi Adichie – “We Should All Be Feminists” TED Talks Video